Back to the list
Discover Award Winning Bordeaux Wine From WALA 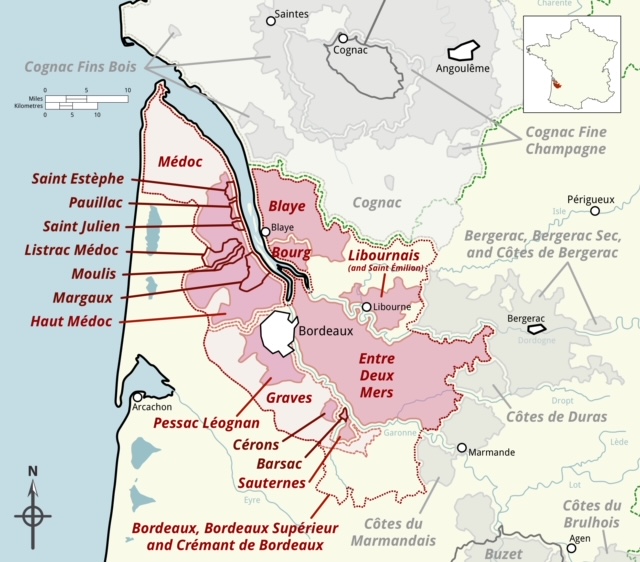 The Bordeaux wine-growing region is separated by two rivers – the Dordogne and the Garonne – which meet to form the Gironde river.

River dissections aside, there are several important distinctions between the banks, most notably the dominance of specific red grape varieties.

WALA Winemakers Collection From Bordeaux From The Left Bank

The Left Bank encompasses the Médoc wine region north of Bordeaux. Its four best-known appellations – from north to south – are St-Estèphe, Pauillac, St-Julien and Margaux.

While all of the Left Bank wines are usually blends, Cabernet Sauvignon is the dominant force here. Merlot, Petit Verdot, Malbec and Cabernet Franc tend to play supporting roles.

The authoritative French wine guide published by Hachette, refers to Saint-Estèphe wines as having a finer acidity, tannic structure and colour than other Médoc wines. With maturity this wine acquires stronger fruit flavours and becomes more rounded and elegant. It is definitely a wine that improves with age, and can be kept for some considerable time.

In his book Bordeaux, Robert M. Parker Jr. states that the wines of Saint-Estèphe "have the reputation of being the slowest to mature, and the toughest, most tannic wines."

Considerable variations in terroir mean that the wines produced differ according to the estates from which they originate. Nevertheless, they all share certain typical characteristics of liight upper soils on a layer of clay and limestone

Click to view the Winemakers Collection from AOC Saint Estéphe

Pauillac includes three of the five premier cru châteaux of Bordeaux: Latour, Lafite Rothschild and Mouton Rothschild. The wines of Pauillac are often considered the quintessence of Bordeaux wines with terroir consistin of sand with small gravel.

Click to view the Winemakers Collection from AOC Pauillac

It is the most homogeneous commune in the Médoc, with 80% of its 775ha devoted to crus classés.

A top layer of gravel on clay and limestone soil with large rocks.

Click to view the Winemakers Collection from AOC Saint Julien

Margaux was a region known as much for its great terroir and reputation, as it was for the number of chateaus. With 1,100ha it only has a few less than St-Estèphe, and soil consists of gravel and silt plateau on a layer of limestone or silt on clay

Click to view the Winemakers Collection from AOC Margaux

An appellation that stretches from Blanquefort in the south to past St-Estèphe in the north, with vines planted across 15 communes providing the most varied range of styles in all the left bank.

Click to view the Winemakers Collection from AOC Haut Médoc

Listrac Médoc is best known as one of the six appellations of the great wine-growing regions of the Médoc.  It's soil consists of three gravel terraces on a limestone foundation.

Moulis-en-Médoc is a commune in the wine-producing area of Médoc which produces wine with a great reputation which benefits from the appellation of Moulis, one of the six communal appellations of the Haut-Médoc vineyards.  The Moulis region have gravel and silt plateau on a layer of limestone or silt on clay

The Bordelais have a special fondness for Pessac-Léognan. The vineyards start at the outskirts of the city. Indeed, the postal address of Château Les Carmes Haut Brion, for instance, is 20 rue des Carmes, Bordeaux. However, the wines are also popular because they frequently represent better value for money than ones from the Médoc or Saint Emilion, and because they have the faculty of showing well both young and old. Pessac-Léognan wines are frequently found in local restaurants at an affordable price.

Thei soil is predominantly gravel and sandy rock, with varying proportions of clay and sandstone

Click to view the Winemakers Collection in AOC Péssac-Leognan

Graves is an important subregion of the Bordeaux wine region. Graves is situated on the left bank of the Garonne River, in the upstream part of the region, southeast of the city Bordeaux and stretches over 50 km.  Graves is the only Bordeaux subregion which is famed for all three of Bordeaux' three main wine types—reds, dry whites and sweet wines with red wines dominating the total production.

The name Graves derives from its intensely gravelly soil.  The soil is the result of glaciers from the Ice Age, which also left white quartz deposits that can still be found in the soil of some of the top winemaking estates.

Click to view the Winemakers Collection in AOC Graves

The literal translation of Entre-Deux-Mers is ‘between the two seas’ given its location between the Dordogne and Garonne rivers.

After Bordeaux AC, this large triangle shaped area is the biggest dry white wine appellation in the Bordeaux region with 2,400 hectares (ha) under vine from almost 10,000 ha in total, producing up to one million cases of wine a year.

WALA Winemakers Collection From Bordeaux From The Right Bank

The Right Bank’s most famous appellations are Pomerol and St-Emilion, the latter of which has four ‘satellite’ appellations. These are Montagne-, Lussac-, Puisseguin- and St-Georges St-Emilion.

Home to tiny estates and ‘garagistes’, Pomerol lacks any official classification but is home to titans such as Petrus. Levels of dense blue clay in the vineyards are among the highest in the world.

Soils range from clay to gravel and limestone. Premiers grands crus such as Ausone and Cheval Blanc are the equal of the left bank first growths. 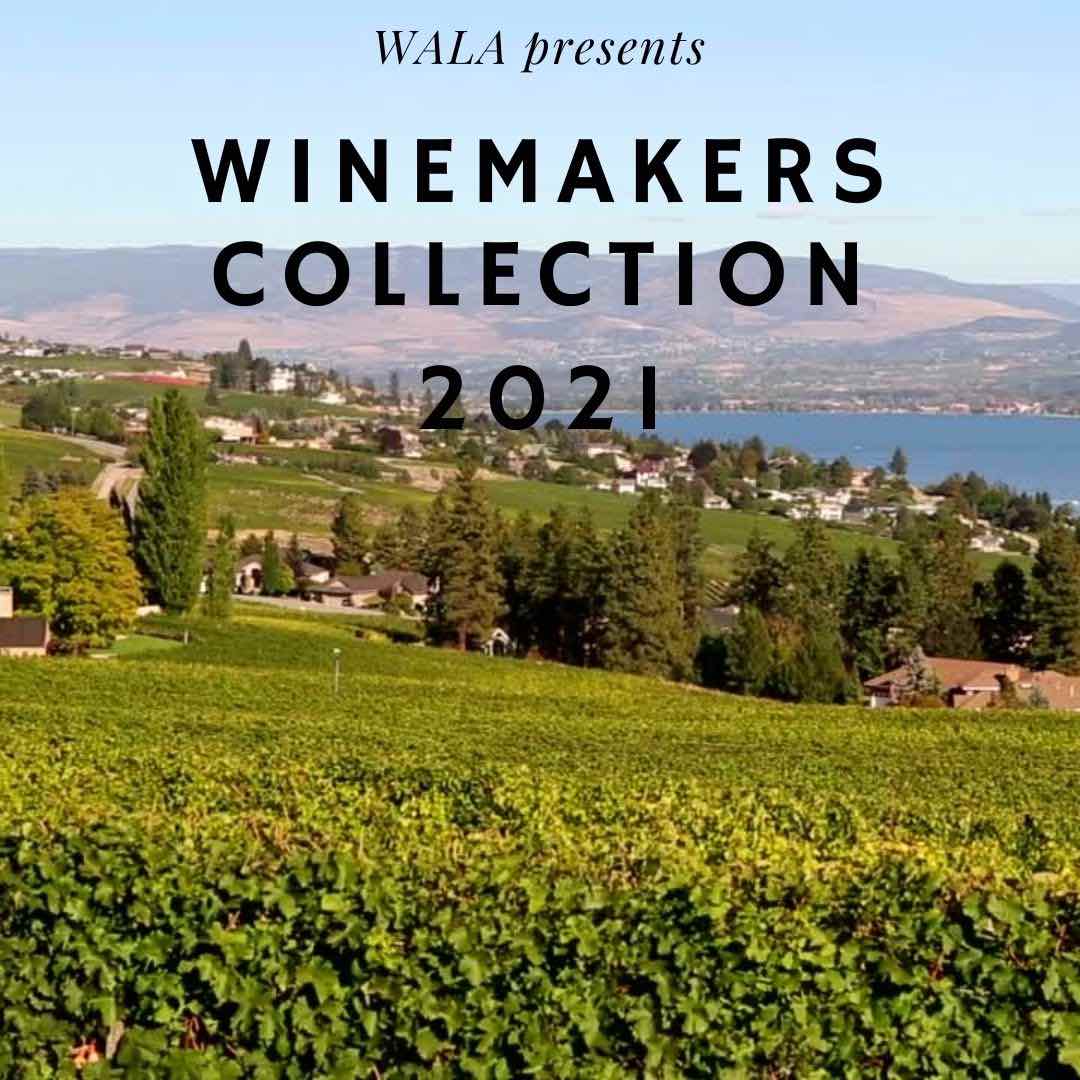 Wine Tips: How to Open a Bottle of Champagne (with Style)
Read more 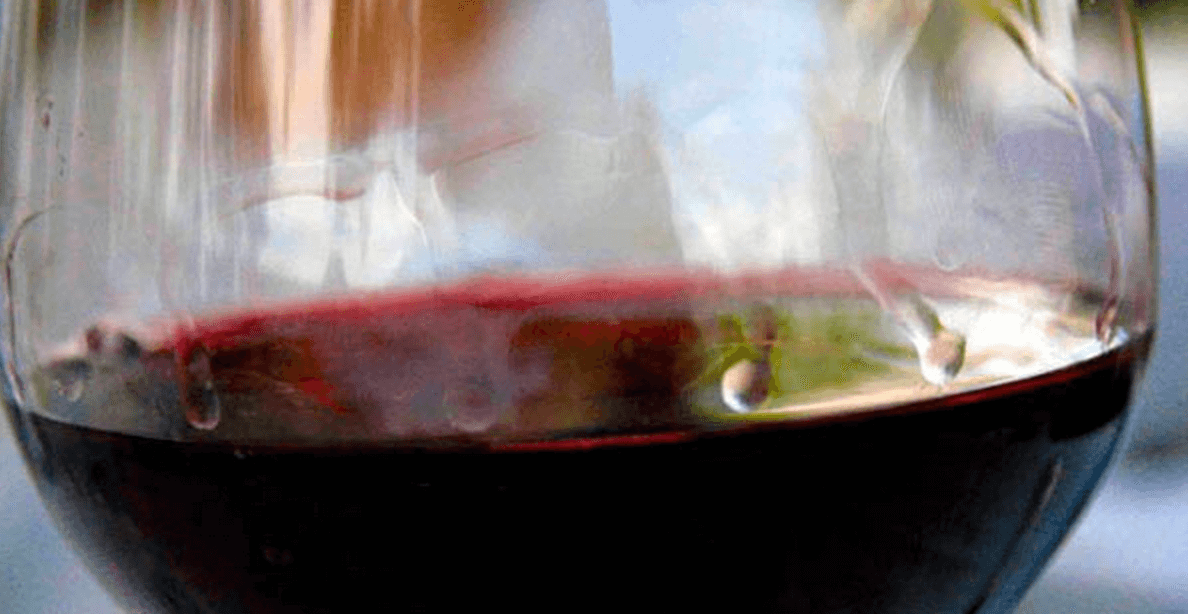 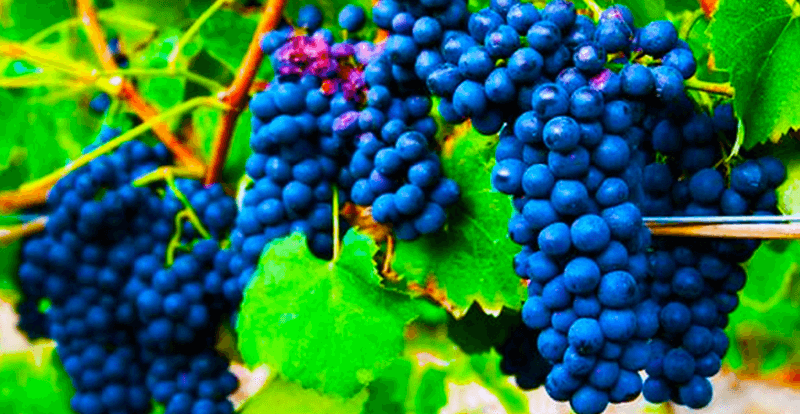