Built in Saint-Estèphe by the Merman family at the beginning of the 19th century, the building is distinguished by its unique architecture in the Médoc, referenced to the regional heritage.

Negotiating wines in Lille since 1804, the Cuvelier family, set foot in the Bordeaux vineyard by acquiring the Château Le Crock in 1903. It later bought the Châteaux Léoville Poyferré (2nd Grand Cru Classé) and Moulin Riche in Saint-Julien in 1920.

In 1947 Max Cuvelier moved to Bordeaux and created a second trading house: H. Cuvelier & Fils. His eldest son, Didier, was responsible for the day-to-day management of family property in 1979. For 40 years, he presided over the destinies of the fields, providing the same care and precision research in the production of wines in Saint-Julien as in Saint-Estèphe.

In 2018, Sara Lecompte Cuvelier (cousin of Didier) takes up the torch, leading the Château Le Crock on the road to excellence.

The Château Le Crock has 32 hectares of vineyards on an exceptional terroir composed of gravel, surface sand and clay in the basement. The benefits of these typicalities are the ability to keep heat, drain soils and provide a natural reserve of water. The vineyard is spread over three distinct settlement areas, enjoying exceptional richness and aromatic diversity. The proximity of the Gironde acts as a thermal regulator, thus avoiding excess temperature.

Enologue castle at the property since 2000, Isabelle Davin oversees the activity of the vat house and the cellars. The harvest is received in 14 stainless steel tanks and 8 thermoregulated concrete tanks. In order to respect the terroir and depending on the characteristics of the grape varieties, the grapes are oriented in the different vats. Several daily windings will help in the smooth running of the alcoholic fermentation and allow to extract the color and tannins from the skin of the grapes. After a week of alcoholic fermentation and three to four weeks of maceration, comes the time of discharging and the malolactic fermentation performed partially in barrels.

The French oak barrels start from the finished malolactic fermentation and last between 16 and 18 months. Yoann Lavigne, cellar master, and his team are active in the cellar: topping and racking are necessary in order to bring the best breeding conditions to the wine. After several tasting sessions with our wine consultant Michel Rolland, the assembly takes place 6 months after the harvest.

The younger the wine, the more in advance it needs to be decanted for aeration before serving. Leave the stopper in the decanter.

There is so much complexity and many facets in the Le Crock bouquet! […] In the mouth, the wine has body, fine tannins and a nice fruity intensity, from the mouth up to the finish. A great success that we can already savor in our youth but which has enough to spend time in cellar 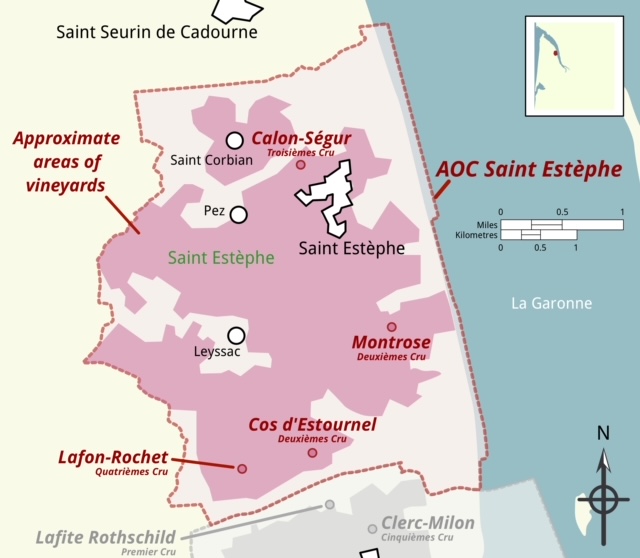