Owners of Grand Corbin-Despagne in Saint-Emilion for over 2 centuries, seven generations of the Despagne family have shared the same love for a vineyard and respect for its traditions.

The Despagne name has been inextricably linked with the land of Saint-Emilion since at least the beginning of the 17th century.

The oldest known family document is that of the baptism in 1665 of the son of Pierre Despagne, a ploughman, and Lison Raynaud. Their descendant, Louis Despagne, born in 1789, would be instrumental in creating the family’s renown.

In 1812, not far from Cheval Blanc, where Louis’s family were tenant farmers, he settled at a place called Corbin and acquired the first plots to be owned by the family.

His son expanded “Crû Grand-Corbin – propriétaire Despagne”, as the growth was known at the time. It was towards the end of the 19th century that the name Château Grand Corbin-Despagne came into existence.

In the 20th century, Paul Despagne, who was an extraordinary winemaker, developed the good reputation of the growth, making wines of consistently high quality.

Different generations have brought their savoir-faire and when the first official classification of the growths of Saint-Emilion took place, the estate was awarded the rank of Grand Cru Classé.

François Despagne represents today the seventh generation of the same family at this growth. As its manager, he seeks to preserve respectfully those values he has inherited from his ancestors.

In the 2006 revision of the Saint Emilion classification, the Château was raised to the highest rank of Grand Cru Classé (this description was ratified on 12 November 2007 by the State Council). In many respects, Grand Corbin-Despagne constitutes one of Saint Emilion's best value wines, recognised by top wine critics and wine enthusiasts, who are well aware of its potential.

Robert Parker even recommended it as a sound investment!

It should be said that François Corbin spares no effort and has worked tirelessly to make Grand Corbin-Despagne one of Saint Emilion's finest wines. And so it is that nearly 150 years after its creation, Château Grand Corbin-Despagne has become a flagship wine for the appellation, a rising star, which is still available at very reasonable prices. Composed mainly of Merlot, this wine is round, flamboyant and very smooth. It ages gracefully and develops truffle aromas.

The 2016 vintage has dark, intense, purple and black colour. Intense, fruity, ripe and subtle nose. Soft on the palate and bursting with fruit, particularly tasty in the middle, full-bodied and juicy. The wine develops deep over a long, dry length barely marked by tannin. 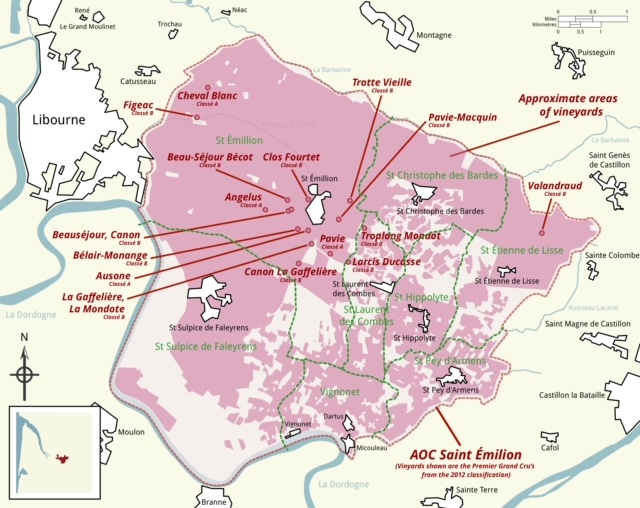 Appellation: Saint Emilion
Region: Bordeaux - AOC Saint Emilion
Estate: Chateau Grand Corbin Despagne
Grapes: Merlot 75% Cabernet Franc 24% Cabernet Sauvignon 1%
Did you know?: St-Émilion has the longest history in wine production in Bordeaux—longer than the Left Bank—dating back to an 8th century monk named Saint Émilion who became a hermit in one of the many limestone caves scattered throughout the area.
Specifications
Dark, intense, purple and black color.
Intense, fruity, ripe and subtle nose.
Soft on the palate and bursting with fruit, particularly tasty in the middle, full-bodied and juicy. The wine develops deep over a long, dry length barely marked by tannin.
16 - 18 C
Red meat
You may also like